The largest expense on our annual budget is travel.  Being retired and having all this free time to travel is a double-edged sword.  During our working years, our jobs limited us as to when and for how long we could go on vacation.  Now that we are released from those restrictions, the world is our oyster, but we need to be careful not to overspend our pearls.

We use various strategies for keeping our travel budget down, which we describe in detail in our book "Retired at 48 - One Couple's Journey to a Pensionless Retirement".  A particularly effective technique has been the home swap, where we stay in another family's home while they simultaneously stay in ours.  No money is exchanged, so both parties receive free accommodations including a kitchen, living area and sometimes even a garden or outdoor terrace.  Additional savings are achieved by the ability to be able to eat some meals "at home", and we get the chance to live like locals in our travel destination.

We are signed up on two websites that support home swapping, a free one called Geenee and a fee-based one called Love Home Swap.  As expected, we are getting much more traction on the fee-based site and are receiving many more responses to our swap requests, even if those responses are to decline.  The assumption is that if you are going to pay money to a member, then you are serious about swapping.  Having said that, we were still able to previously complete two home swaps using the free site, with a trip to Chicago and one to Paris, as described in our travel blog.

It is not easy to find a swap match.  You need to find someone else who wants to visit your location at the exact same time that you are visiting theirs (unless you have a secondary property to offer for a non-simultaneous swap—unfortunately we don't).  Persistence is the key.  Once we retired and joined the new fee-based swap site, we sent out almost 100 requests to homes in a multitude of locations that interested us.  We offered up a wide availability of dates and durations that we could travel.  We received a bunch of rejections from people who didn't want to visit our city, but were grateful that we were actually getting any type of answer at all, unlike with the free site.  We had several responses expressing potential interest for next year, which we've filed away to follow up later.  We also received several requests to swap with us for locations that were not high on our wish list, including Honolulu, Cayman Islands and Valencia, Spain.  We turned those down because we don't like sun vacations.  We also received a swap request for New York City, just one week after we returned from a visit there.. bad timing! 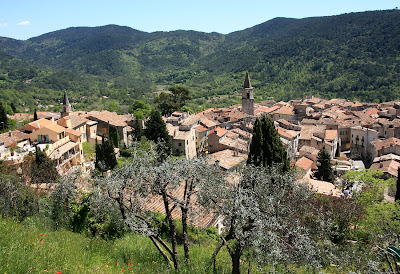 Our patience and perseverance finally paid off when we found a couple living in south of France who actually wanted to come to our city around the same time that we would want to visit theirs.  We chatted a few times on the website to ensure we felt comfortable with each other.  After agreeing tentatively to swap, we set up a Skype chat to get to know each other better.  We now have plans to spend a month in the Var region of Provence, in a small village surrounded by a medieval wall.  The cheapest rental accommodations we found for the same period in this area was over $4000.

Many people express concerns about "allowing strangers into their home".  There definitely needs to be a degree of mutual trust to make this work.  But remember that while they are in your place, you are also in theirs.  They will take care of your home as well as they hope you will take care of theirs.  So far, we have not had any problems with our swaps.  And since we are traveling for such a long period of time, it turns out it is more secure from an insurance perspective to have someone occupying our home rather than leaving it empty for extended periods.


We are looking forward to our next home swap adventure, and already making plans for the next year.
Posted by A.R. English at 11:45 PM